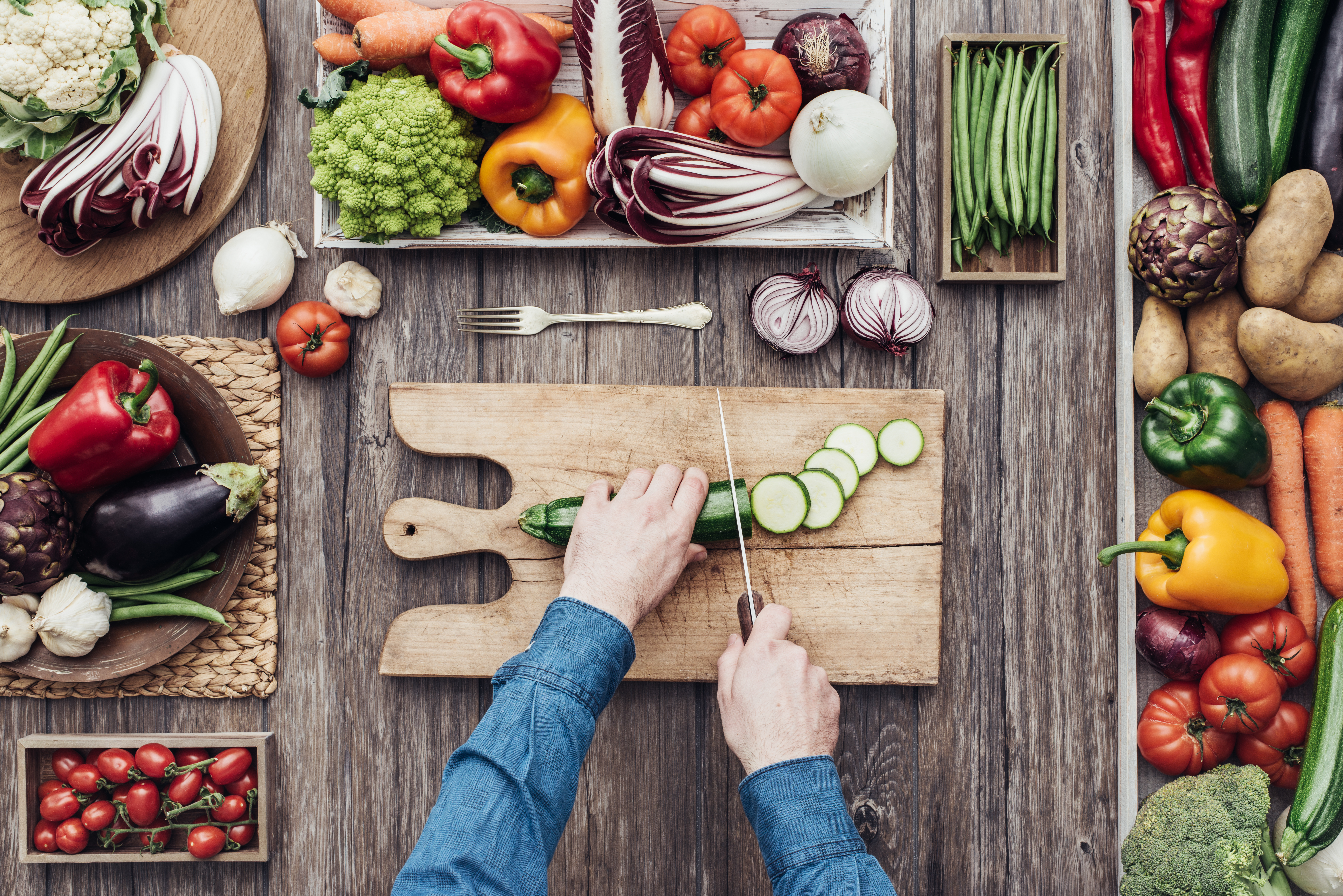 A vast array of health perks have been associated with the vegan lifestyle over the years, from our immune system to our mental and emotional wellbeing. In honour of Veganuary (vegan January!), today we’re going to discuss just a few of the most exciting benefits you can look forward to.

Eliminating meat and animal products is the name of the game when it comes to moving from a typical Western diet to a vegan diet.

While many people argue that this will lead to a vegan becoming malnourished (“You can’t possibly be getting enough protein!”), other foods swiftly come in to replace the eliminated ingredients. Seeds, whole grains, vegetables, peas, nuts, beans and fruits will effectively replace your standard cheeseburger and chips, for example, if you move to a whole-foods vegan diet.

This can then contribute to a higher daily intake of certain beneficial nutrients, as these healthy foods typically make up a larger percentage of a vegan’s daily diet than they would an omnivore’s.

Beneficial plant compounds, fibre and antioxidants, for instance, tend to be found in higher quantities in vegan diets according to several studies. Vitamins A, C and E, potassium, folate and magnesium are also more common. It’s important to note, however, that not all vegan diets have the same nutritional benefits. For example, some vegans may find that their diet leaves them short of vitamin B12, calcium, zinc, iodine, calcium or essential fatty acids if they have failed to plan properly. Fast-food vegan options and dishes that are otherwise low in nutrients should be avoided for this reason.

Fortified foods and whole plants that are packed with nutrients really need to make up the majority of a healthy vegan diet. Vitamin B12 and other supplements are also worth considering.

Blood sugar levels often pose a bit of an issue for people following a traditional Western diet. Type II diabetes is becoming an increasingly widespread issue as a result. However, it’s possible to reduce your own risk of developing such issues by following a vegan diet. This is because veganism centres on the idea of selecting the foods that work best for your mind and body.

Some studies have found that, compared to just over a quarter of non-vegans, almost half of surveyed vegans have been able to reduce their dosage of diabetes medication. This suggests that veganisms can help to rectify some of the damage caused by previous high sugar intakes by reducing current blood sugar levels. This lower level of glucose means that the body no longer needs so much help to produce the right amount of insulin, and is able to become more sensitive to the insulin it is producing.

A vegan diet full of foods like soy products, fresh fruits and vegetables, nuts, beans and whole grains can bring with it a range of nutritional benefits. For example, it’s likely to contain far fewer saturated fats than a standard Western diet. This is because a massive amount of saturated fats lurk inside most meats and dairy products. Your cardiovascular health, among other aspects of your wellbeing, will really benefit from a lower level of saturated fats in your daily diet.

While it’s a myth that all vegans automatically have to be skinny, a vegan diet can help you to lose weight – if that’s what you’re aiming for. Minerals, fibre, vitamins and antioxidants are often packed into nutrient-dense vegan foods, meaning that those following a vegan diet tend to feel more satiated after their meals.

The Journal of General Internal Medicine recently published a review analyzing 12 different studies which dealt with a comparison between people who ate meat and people on a vegetarian diet. According to the review, the non-vegetarians on average weighted four pounds more than those following a vegetarian diet. One of the featured studies also found that women who ate a diet rich in fruits and vegetables were 28% less likely to gain weight than those who did not.

It’s likely that a big part of these differences came down to the higher amount of thought that needs to go into planning a vegan or vegetarian diet, which can make it much easier to make healthier choices overall.

Prostate and colorectal cancers are more common in meat eaters than in those who follow a vegan diet. Vitamin C and fibre are found in higher volumes in the fruits, vegetables and legumes consumed as part of the vegan diet, and it’s believed that these can protect against a range of different cancers.

6. Reduce Your Risk of Food Poisoning

The horrors of a bout of food poisoning are unpleasant for all involved – the sufferers, of course, but also the carers. This can be especially distressing if the food poisoning occurs at a communal meal (Christmas turkey, anyone?)

We can’t promise that you’ll never get food poisoning again – accidents happen, and cross-contamination occurs. We can, however, point out that plants do not carry e-coli (though soil can, so be careful to wash that off!) or salmonella. Do with that what you will.

Has anyone told you that veganism can boost your energy levels and leave you feeling a little more spritely? When you make the switch to plant-based foods, this is likely to be one of the first benefits you’ll notice.

Tiredness often comes hand in hand with heavier foods that are packed with processed sugars and fats, leaving you feeling sluggish and bloated. Digesting animal products is also a bigger challenge for our guts, causing them to use up extra energy just to push the food through.

You’re likely to feel more healthy and awake if you eat foods that are high in minerals, vitamins and healthy fats. Find that much-needed boost of energy by eating plant-based foods that are full of these nutrients – things like goji berries, tempeh and hemp seeds.

For more information about veganism, check out Need2Know’s Essential Vegan Cookbook, the ultimate nutritional guide to vegan cooking and wellbeing; it shows you how to look after your health using everyday foods. Need2Know also have some great books about child obesity, cholesterol and weight loss. Whether you’re a seasoned vegan, considering adopting a new lifestyle or just curious, we have all the information you need! 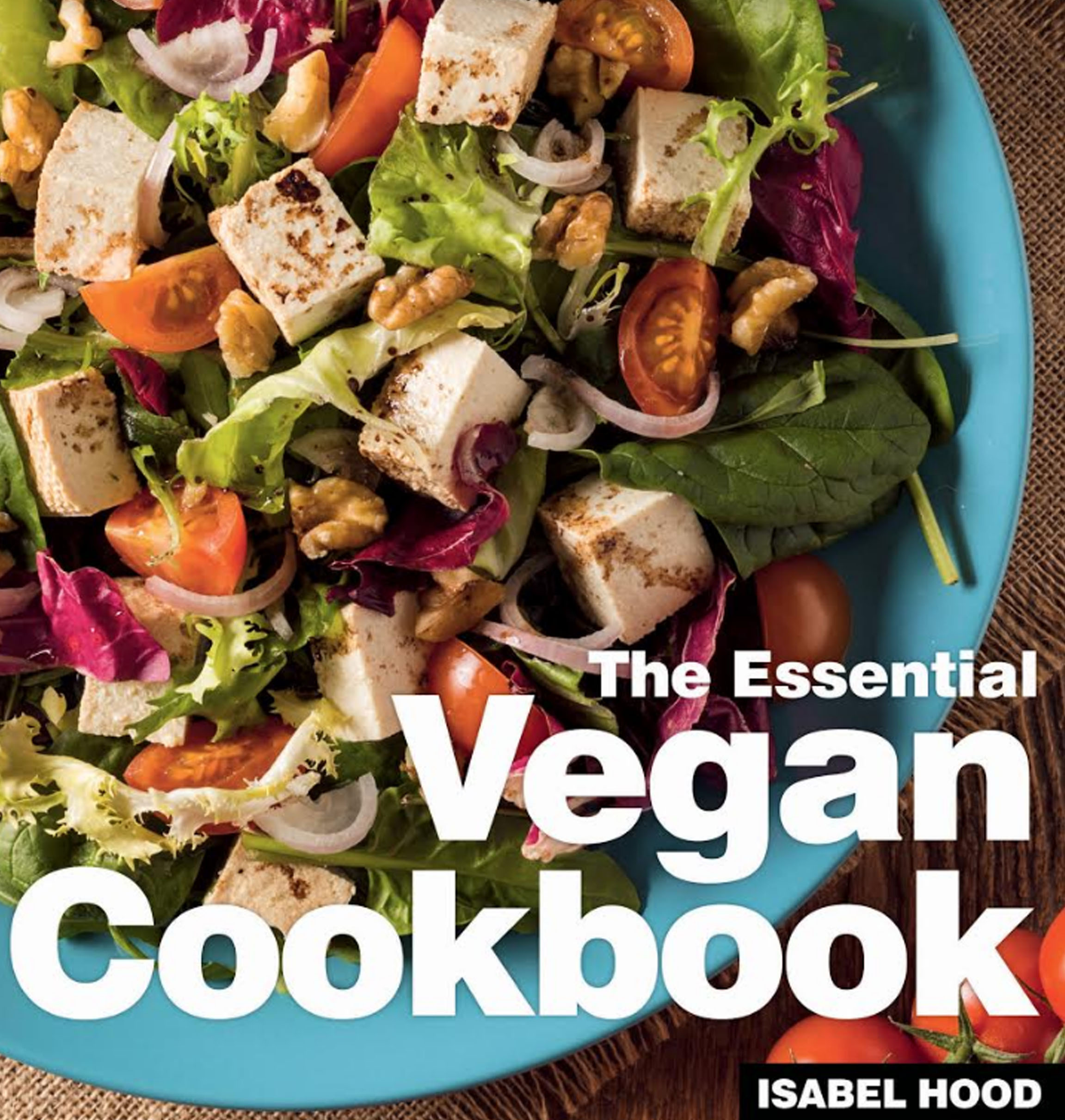