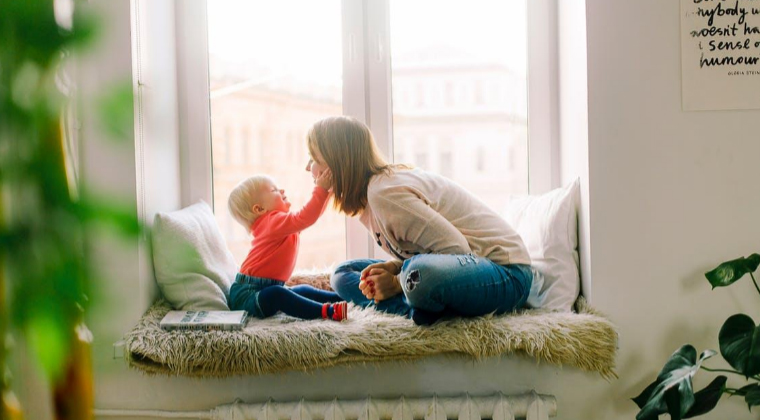 Inattention, poor impulse control and hyperactivity are some of the key characteristics that
define the behavioural disorder, ADHD. When your child is just a baby or toddler, the
difficult behaviours associated with ADHD may slowly become apparent. Many children
with ADHD will have been particularly hard to put down to sleep as infants, so you may well
find yourself pacing around the house with them in the middle of the night to no avail.
They may repeatedly bang their heads against the wall and rock the cot back and forth. You
might not be able to calm them down when they cry and scream to excess. Nursing for
long periods in the middle of the night can be a particularly challenging demand from a
baby with ADHD, who might sleep for a short while then wake up demanding full attention.
It may be difficult to feed a baby with ADHD, and they can be extremely thirsty as a result
of their excessive drooling. Nightmares may wake them back up pretty quickly even if you
do manage to get them to sleep. Without first spending any time crawling, your baby might
suddenly know how to walk and run.

During the first year of life, around one fifth of all babies will show signs of “regulatory
issues” like sleeping issues, difficulty feeding and persistent crying. By the time they reach
preschool, most of these infants will have adjusted and their transient symptoms will
disappear.

Research carried out in Switzerland, however, suggests that “those with persistent
regulatory problems in families with other problems may require early interventions to
minimise or prevent the long-term consequences of infant regulatory problems” (Mirja
Helen Hemmi, University of Basel).

The Archives of Disease in Childhood will allow you to read this study online.
1,935 children across 22 studies were analysed by researchers interested in infant
regulatory problems. Babies with multiple regulatory issues were covered in five of these
studies, excessive crying in ten, sleeping problems in four and feeding issues in three.
The study concluded that infants who experienced problems in several categories were at
the highest risk of developing behavioural problems. Temper tantrums, ADHD and other
aggressive and destructive behaviours were the most common behavioural problems to
develop.

Children were also found to be at greater risk of behavioural issues if they came from a
troubled family, such as those with problems interacting with each other or psychosocial
issues.

Tantrums
Many parents of children with ADHD find that their babies don’t wait to grow into toddlers
before starting to have temper tantrums. Problems with temperament are particularly
common in infants with ADHD. From rocking in their cribs or baby chairs to thumping one
or both of their feet a baby with ADHD may engage in a variety of troubling behaviours.
Many of the symptoms of ADHD in babies closely resemble the behaviour of any other
happy, healthy baby, so they can go unnoticed. It is only when the problems continue after
other babies have grown out of them that the issue becomes apparent. As your child grows
into the toddler years, if these behaviours persist, it’s a good idea to talk to your doctor.
Baby Scatterbrains

Everyone forgets things sometimes, especially as children. It’s only when forgetting
becomes part of the daily routine that you should start wondering about your baby’s
memory. Of course, your baby isn’t going to forget their car keys or their homework, but
there are some other things you can watch out for.

It can take a strict eye to figure out whether or not a baby is having difficulty remembering
things. One issue can be food: does your infant tend to put food in their mouth but forget
to chew or swallow? Do they start crying for attention in the middle of a game, seemingly
forgetting that they were playing? These might be indicators of ADHD.

Can toddlers be diagnosed with ADHD?
There is evidence that toddlers are being diagnosed and treated for ADHD. Though AAP
guidelines don’t discuss the topic of diagnosing children aged 3 and under, NICE guidelines
state that “ADHD should be considered in all age groups, with symptom criteria adjusted
for age-appropriate changes in behaviour.”

ADHD that’s visible in toddlerhood can be associated with a number of causes and risk
factors, including…
❖ Genes;
❖ Low birthweight, especially when caused by premature birth;
❖ Central nervous system problems at critical moments during development;
❖ Mother using drugs, alcohol, or smoking during pregnancy, or exposure to
environmental toxins during pregnancy.

ADHD also has a number of early indicators, according to some studies. Your child will not
necessarily have ADHD if they have some of these signs and symptoms, but they may be
worth taking into consideration:
❖ Slowed rate of head growth;
❖ Issues with behaviour;
❖ Delay in motor development, speech, and language.

Speech development delays at 9 months old were present in a third of children with ADHD,
according to one study . At 18 months old, two thirds exhibited delayed speech and
language.

As soon as they reach 3 years of age, certain researchers have suggested that a child can
reliably be diagnosed with ADHD through thorough evaluations. In two thirds of children,
according to one study of school-aged children , parents noted symptoms of ADHD
beginning at age 4 or earlier.

How do I raise a kid with ADHD?
Getting a child to sit still, pay attention or finish a task if they are inattentive, uncontrollable
or hyperactive can take a lot of energy. It can be exhausting and aggravating to feel like you
constantly have to monitor them.

Finding out that your infant might have ADHD can come as a bit of a shock, but don’t fear!
If your child does develop ADHD, that doesn’t mean that they’ll have a bad childhood, or
that being a parent will be miserable. There are plenty of resources out there that can help
you look after your child with ADHD.

For more information about ADHD, check out Need2Know’s Essential Guide to ADHD ,
which guides parents and teachers step-by-step through the action they need to take,
giving the reader the answers to all the essential questions. Need2Know also have some
great books about Asperger’s Syndrome , bipolar disorder and anorexia . Whether you’re a
student, a teacher or a parent, we have all the information you need!