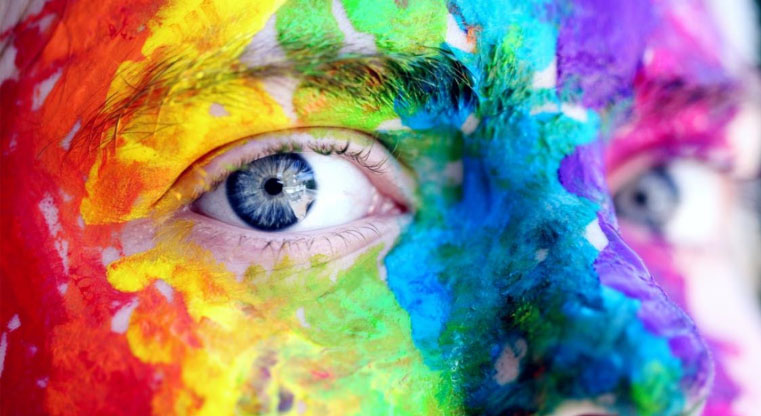 The number of children and young people with autism who identify as transgender or
gender questioning is on the increase, according to recent research. These are complex
emotions for anyone to understand and express, and could be exacerbated by
communication and interaction difficulties. This makes it more important than ever that
families and schools create an environment where difference is celebrated and pupils are
supported, valued and secure.

Pay attention to a pupil’s words and actions, and listen to what they’re trying to say.
Observe and understand how they express themselves. Prioritise their behaviours if what
they say and what they do don’t match up. Reassure the student that their feelings are
okay and that plenty of others have the same experiences – listen to them without labels or
biases.

Proactive First Steps: Getting Educated
Referencing the trans identity as a protected identity alongside every other protected
identity, the Equality Act 2010 is a great place to start. Trans identities and awareness
should be taught within a curriculum where all protected characteristics are celebrated.
Celebrate everyone’s unique identity, and ensure supportive work is not solely about
gender, but develops the many aspects that make up who a person is.
Trans awareness needs to be taught as part of a school ethos where all protected
characteristics are referenced and celebrated through school assemblies, lesson plans,
pupil-led campaigns, and in the wider community. From the moment they enter the
building, schools need to make it clear to parents, guardians and students that everyone is
welcome and difference is something worth celebrating.

According to British law, we must respect each other’s religion, age, sexuality, gender,
disabilities and race, and treat none as more important than the rest. A school can
demonstrate equality in their ethos by including gender identities alongside all other
possible identities. The school runs the risk of isolating trans identities from equality as a
whole if they’re only included as a topic in a one-off lesson.

Schools could try using national trans awareness days or weeks as an opportunity to
further this work, alongside the lessons already in place.

Changes You Can Make in Class
Help your students to figure out who they are in relationship of others, and to develop
their understanding of “self”.

★ Don’t split into boy-girl teams for sports or quizzes.
★ Don’t separate your classes into boys and girls, or use “boy-girl” seating plans. This
could cause distress for trans students and non-binary students, and enforces
outdated stereotypes about girls, boys and gender differences.
★ For cover staff, make sure your registers and seating plans include students’ names
and preferred pronouns. For example, him/her/they. For some students, the
pronouns associated with their gender identity will not be the pronouns they
choose to use.

Your Gender Identity: A Glossary
If you’re discussing gender with your autistic students, it’s important to keep in mind that
their “gender identity” (how they identify) and their “natal sex” (the gender they were
assigned by a doctor based on the appearance of their genitals) might not necessarily
match up. Many people choose to use the words “trans” and “transgender” to describe how
they identify, but there are some other words you may not be familiar with. Before

assuming whether your student identifies as trans or cis (i.e. they identify with the gender
they were assigned at birth), you should give them the opportunity to tell you themselves.

Cisgender Person: Another way to say “not transgender”. A person whose sex assigned at
birth matches their gender identity.

Intersex: Intersex people can identify as male, female, or non-binary. People whose
biological attributes don’t fit with societal assumptions about what “male” or “female”
bodies look like, or who have the biological attributes of both sexes, are referred to as
Intersex.

Non-binary: This group are under the trans umbrella but may not consider themselves
trans. Umbrella term for a person who does not identify as (solely) male or (solely) female.
People who identify as neither male nor female, both male and female or another gender
identity altogether may be referred to as non-binary.

Trans: This is an umbrella term used to describe a number of identities including
genderqueer, non-binary, a third gender, a gender identity the person doesn’t know how to
describe, both male and female, neither male nor female, gender fluid or transgender.

Transition: A single word to describe all of the changes a trans person might make to
move towards living as their gender identity. Each individual’s transition will be different.
Medical transition could include hormone blockers, hormones and surgeries. Dressing
differently and changing your name and pronouns would fall under social transition.
Because no two people are the same, there is no one, “correct” way to transition.

For more information about autism, check out Need2Know’s Essential Guide to Autism
which provides practical advice from professionals and other parents of autistic children,
and The Essential Guide to Asperger’s Syndrome which deals with how to develop
communication, how to deal with obsessive behaviour and how to get further help and
support. Whatever your gender, you deserve access to all of the the information and
treatment you require!

Bullying: What Does It Mean?

Bullying happens in lots of schools all over the world, and affects many students in…