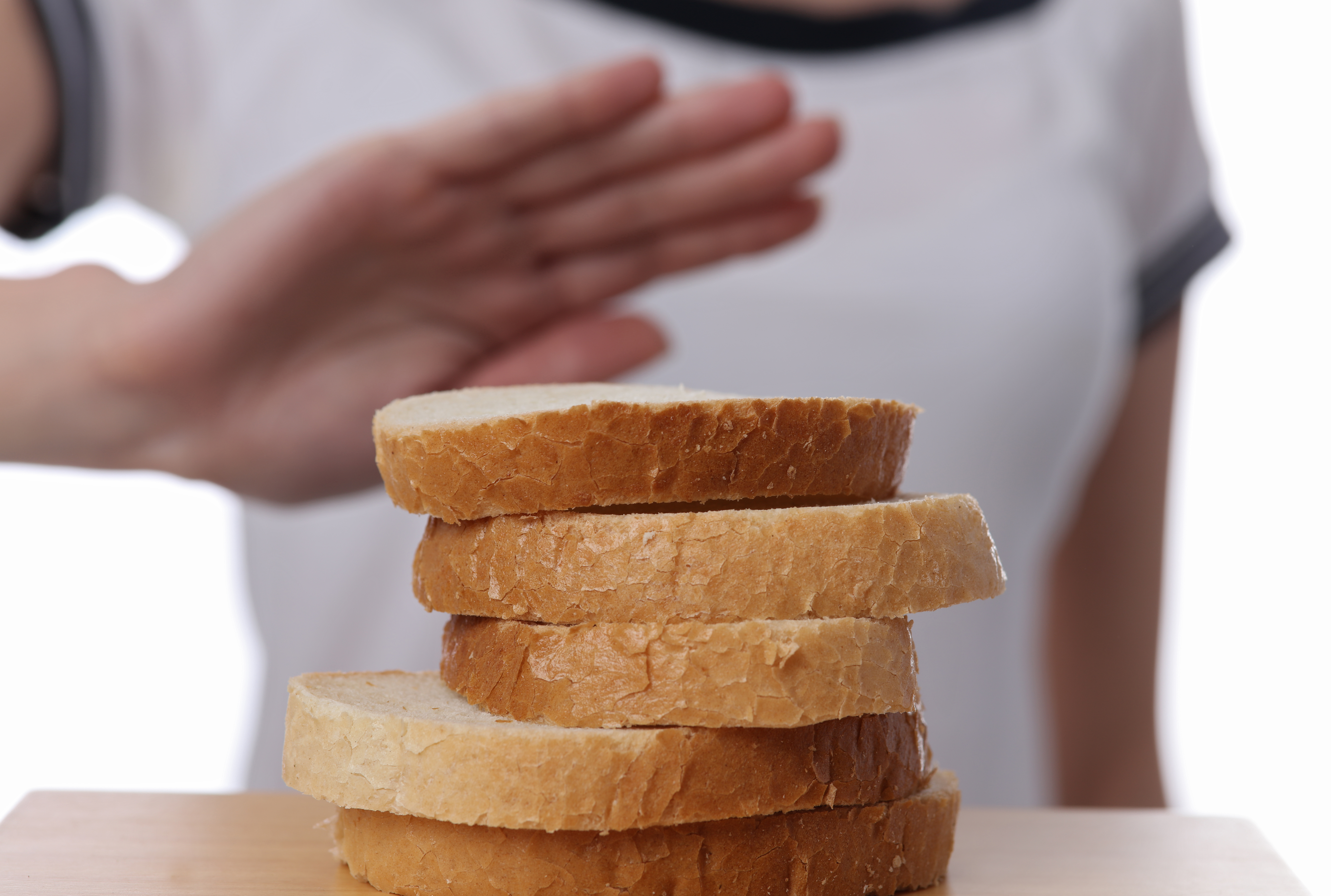 Gluten-free diets are very common today. While for some people this is a lifestyle choice, for people with coeliac disease it isn’t optional.

Coeliac disease is an autoimmune disorder that’s triggered when the individual eats gluten. It affects around 1% of the UK population, but only 24% of those are diagnosed. Grains like wheat, barley and rye all contain the protein gluten. It’s what gives bread its chewy texture and makes the dough elastic.

When someone who has coeliac disease eats food that contains gluten, the body responds to the protein by damaging its own villi (these are small, finger-like projections that are found along the walls of the small intestine).

The most common symptom of coeliac disease is diarrhoea. This is caused by malabsorption, or the body’s inability to fully absorb nutrients.

Steatorrhoea can develop as a result of this, which is a condition where a person’s stools (poo) contain an abnormally high level of fat. The stools can become frothy, greasy or have a strong odour because of these fat levels. Toilets may struggle to flush these stools.

At some stage, most people will experience dyspepsia. It’s something you can treat yourself, and usually isn’t a sign of anything more serious. If the only symptom you experience is dyspepsia, it is not likely to indicate you have coeliac disease.

After eating or drinking, dyspepsia (also known as indigestion) can result in the following symptoms:

Like dyspepsia, constipation is very common whether or not you have coeliac. It affects people of all ages. With simple changes to your lifestyle and diet, it can usually be treated at home.

The following are signs that you have constipation:

Feeling sick, bloated or having a sore stomach may also be symptoms. In babies and toddlers, you should look out for symptoms like:

Vitamin B12 or Folate Deficiency Anaemia

If your red blood cells contain an abnormally low amount of a substance called haemoglobin, or you have fewer red blood cells than normal, this is called anaemia. A wide range of symptoms are associated with vitamin B12 or folate deficiency anaemia. If the condition goes untreated these symptoms can become severe, but in most cases they will develop gradually.

The following are the most common symptoms associated with anaemia in general:

Not all of these symptoms are required for you to be diagnosed with coeliac disease. In fact, sometimes diagnose is made all the more difficult by the fact that some people show no symptoms at all.

The majority of people who have coeliac disease will never find out about their condition. As we’ve already mentioned, it’s believed that as few as 24% of those with the disease actually get diagnosed. Even in the cases where a diagnosis happens, it can take years as the damage to the intestine is very slow and symptoms are so varied.

If you think you have coeliac disease, your doctor can check using two blood tests:

To make sure the results are accurate, if you’re already on a gluten-free diet, you’ll need to come off it before taking the antibody test.

You’ll probably need to have an endoscopy done if the blood test suggests you could have coeliac disease. This checks for damage to the small intestine by removing a tiny bit of tissue for your doctor to test.

Coeliac disease doesn’t currently have any form of drug-based “cure”. A strict gluten-free diet will be necessary to moderate your symptoms. A vast range of products contain gluten including bread, cake and other baked goods, as well as beer, pasta, cereals, and even some toothpastes and medications.

If you develop a skin rash your doctor should prescribe an appropriate medication, and if you have a severe nutritional deficiency they may ask you to take gluten-free vitamins and mineral supplements.

For more information about coeliac disease, check out Need2Know’s Essential Guide to Coeliac Disease which explains what the disease is, how it’s diagnosed, how it will affect your diet and social life, and, most importantly, how you can live happily and healthily with the condition.