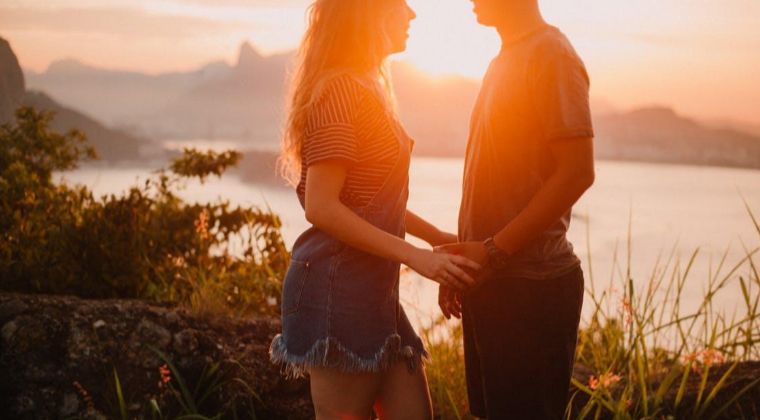 The name AIDS stands for Acquired ImmunoDeficiency Syndrome. This is a disease that
stops the body from fighting off infectious diseases efficiently. AIDS is caused by HIV
(Human Immunodeficiency Virus) when it infects and damages the body’s defences. The
CD4 helper lymphocytes, a type of white blood cell, are the main type of immune defence
affected.

Even if only a tiny amount of fluid is spread, infection can occur. Even if the person doesn’t
have any symptoms of HIV, if they have it they can pass the virus on to another person. The
virus is especially easy to transmit in the weeks immediately after transmission. The risk of
passing the virus on to another person is significantly reduced if you receive HIV treatment.

Anyone who has unprotected sex with a person with HIV is at risk of contracting the virus,
but the risk is especially great for those who already have another STD (Sexually
Transmitted Disease).

HIV can only be transmitted from one person to another through certain body fluids:
Semen, vaginal fluids, breast milk, rectal fluids, pre-seminal fluid and blood. For
transmission to occur, the infected fluids need to be injected into the bloodstream through
a needle or syringe, or to come in contact with damaged tissue or mucous membranes.
The vagina, penis, mouth and rectum all contain mucous membranes. The idea that this is
a gay men’s virus is total myth. HIV can be transmitted from a woman to a man, a woman
to a woman, a man to a woman, a man to a man, and between people of all other
sexualities and gender identities.

If a mother has HIV, the virus can be passed to their infant during the pregnancy, birth or
while breastfeeding. Women who receive treatment for HIV are much less likely to spread
the virus to their babies, so women and teenagers who are pregnant should be tested for
HIV. To try to prevent HIV infection, babies born to mothers who have HIV are given special
medicines.

Special precautions need to be taken by those working in healthcare. If they get pricked by
a needle that was used with a patient who had HIV, or if infected blood gets into their eyes,
nose or any open wound, they may also get HIV.

While it’s uncommon in the UK, USA and Western Europe as all medical blood is tested for
HIV, it’s also possible for HIV to be transmitted during a blood transfusion if the donor had
the virus.

HIV can also be transmitted if people share needles to inject steroids and other drugs.
Another way that infection can occur is through the sharing of needles used for piercings,
body art and tattoos. Tiny amounts of blood can stay on a shared needle and be
transferred to another needle user, and this is how HIV is carried across. Other serious
infections such as hepatitis can also be shared in this way.

What DOESN’T Cause Infection?
Like many serious illnesses, there are many misconceptions about how you can contract
HIV and AIDS. Even though HIV can’t survive outside the body, many people hold the false
believe that HIV can be spread through the air. It’s also not possible to get HIV from a
mosquito bite or by touching a toilet seat.
Bodily Fluids that DON’T Spread Infection
❖ Drool/saliva;
❖ Sweat;
❖ Pee/urine;
❖ Stool/faeces;
❖ Tears.

Keep in Mind:
★ Most people who are infected with HIV don’t actually look sick.
★ A large percentage of people with HIV have not been tested and are unaware of
their status.

If abstinence isn’t for you, you can help protect yourself by using latex condoms every time
and making sure you know how to use them properly. Never use the same condom twice,
and always follow the directions on the packet. During sexual activity (including oral sex),
condoms protect you by creating a barrier that stops bodily fluids from being shared.
You should be tested for HIV if you have unprotected sex (no condom) or share a needle
with anyone else. Condoms are not perfect so while they are effective when used properly,
it’s generally a good idea to get tested just in case. Make sure your partner has gone for
tests too.

Early Symptoms of HIV
For a long time after they’re infected, most people with HIV will look and feel completely
fine – NEVER take “feeling fine” as a sign that you do not have the virus. Symptoms may
only begin appearing 10 or more years after infection, or even longer if the individual is
taking HIV medications. It’s really important that you get tested for HIV regularly for this
reason, especially if you’ve shared a needle or had unprotected sex. You can stay healthy
much longer if you take HIV treatments.

If you do show symptoms, you may feel sore, sick and feverish in the first 2-4 weeks after
infection. Your body initially reacts to the HIV virus by producing flu-like symptoms. It’s
really easy to spread HIV to other people during this time, as there is a lot of the virus in
your system. You usually don’t have symptoms again for years after this period, which only
lasts for a few weeks.

Whether or not you have symptoms or feel sick, you can give HIV to other people if you
have it yourself.

For more information about HIV &amp; Aids, check out Need2Know’s Essential Guide to HIV &amp;
AIDS which can help people recognise signs and symptoms of HIV and AIDS. Whether
you’re a patient, a healthcare professional, or the friend of someone with HIV or AIDS, we
have all the information you need!