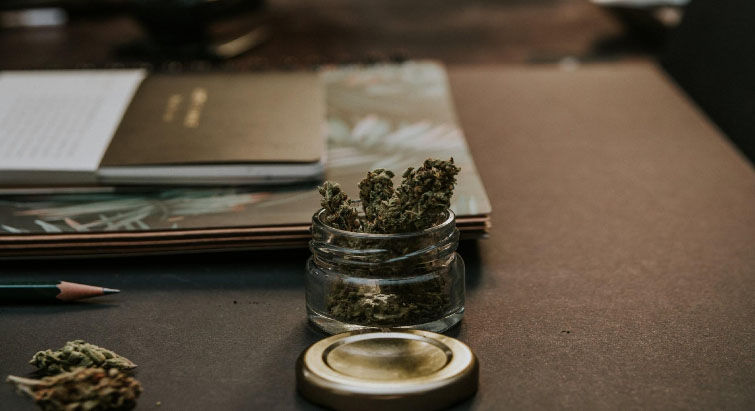 Medical cannabis is to be made available to UK patients on prescription, according to a
recent announcement from the British Home Secretary following the two high-profile cases
of Billy Caldwell and Alfie Dingley.

Residents may expect the new laws to resemble those introduced in Canada earlier in the
month, where the new marijuana dispensaries opened their doors to long lines of
enthusiastic supporters and honking car horns.

Without the need for a Home Office licence, specialist clinicians will be able to prescribe
cannabis-derived medicines so long as they meet certain safety and quality standards
(these drugs will be reclassified by Autumn 2018). In the interim, all fees for permit to use
medicinal cannabis are to be waived. Unlike the laws in Canada, the recreational use of
cannabis will remain illegal in the UK, with no changes at all in the laws on that subject.

What’s Different in Canada?
Under Canadian law, adults are allowed to use, produce, possess and buy recreational
cannabis. The legal age for this is 19 in the majority of the country, but 18 in Quebec and
Alberta. These changes occurred as a result of a measure passed by the Canadian Senate
in June 2018.

International Interest
Medical cannabis companies based in Canada are unsurprisingly interested in the
proposed changes to UK legislation on the subject of medical cannabis.
Relevant market authorisation will be necessary before any medicinal cannabis medicines
can be prescribed or marketed in the UK, according to the current statutory framework.

The following steps are relevant in this case:
1. Deciding on the intended market for the medicines and the licensing authority;
2. Engaging with the Home Office;
3. Running clinical trials;
4. Re-evaluating the medication.

What Should I Know About Cannabis?
Recreationally referred to as dope, pot, marijuana, grass or weed, cannabis is the most
widely used illegal drug in the UK. There are some common effects that most people who
use the drug will experience, but for the most part effects will vary from user to user.
❖ Many people will begin to feel content, de-stressed and relaxed;
❖ Time starts to feel like it’s moving more slowly;
❖ In some cases, they’ll get chatty or more easily amused;
❖ Colours might seem brighter and music might sound better;
❖ They get “the munchies”, or suddenly feel hungry.

There are also some slightly more negative effects, including…
❖ People who aren’t used to it might feel lightheaded or queasy;
❖ Driving safely becomes more difficult;
❖ Feeling lethargic or drowsy;
❖ Some people might begin to feel disoriented, anxious or paranoid, and some
experience panic attacks and hallucinations – this is more common with stronger
forms of cannabis like skunk or sinsemilla;
❖ Having difficulty remembering things.

Using the drug over a long period of time can negatively impact your ability to concentrate
or study. Things like work, hobbies and other parts of life may become uninteresting or
unimportant to people who use cannabis very often.

Is Cannabis Addictive?
As with many recreational drugs like cocaine and alcohol, frequent users can develop a
higher tolerance to cannabis, meaning they’ll need to use a lot more to experience the
same effects. While some research has suggested that about 10% of frequent cannabis
users become dependent on the drug, it is not strictly speaking addictive. Your risk of being
dependent on cannabis can be increased if you use it every day, or begin smoking it as a
teenager.

Cravings, difficulty sleeping, restlessness, mood swings and irritability are all symptoms you
may experience if you stop using cannabis suddenly. If you combine your cannabis with
tobacco, you may experience additional side effects.

Mental Health and Cannabis Use
Your likelihood of developing psychotic illnesses like schizophrenia can be increased if you
use cannabis regularly. Seeing, hearing or smelling things that aren’t really there
(hallucinations) and believing things that aren’t true (delusions) are both symptoms of
psychotic illnesses. Cannabis is also tied into a number of other risk factors, such as…
❖ Starting to use cannabis as a teenager;
❖ Using skunk and other particularly strong strains;
❖ Using cannabis over a long period of time.

If you have other schizophrenia risk factors such as a close relative who has the condition,
of course, these possible risk factors are more of an issue. If you already have
schizophrenia, using cannabis might increase the risk of a relapse or worsen any existing
psychotic symptoms.

PTSD, anxiety and other mental illnesses have been treated effectively with medical
cannabis. It’s important that you talk to your doctor before trying this method, however, as
like any other form of medication, it won’t be successful or safe in every single patient.

Cannabidiol (CBD)
Unlike THC and the other high-inducing compounds in cannabis, CBD is legal in most
places as it exists in a sort of legal grey-area. We should note here that CBD is not
psychoactive – it’s not going to get you high. CBD is one of the most important active
compounds in cannabis, and the one you’ll be hearing all about if you’re learning about
medicinal cannabis.

You can find CBD in concentrates, creams, edibles, vapes and many other forms. Any
medicinal and therapeutic effects linked to the plant come as a result of this chemical. You
can use the chemical on its own without experiencing any of the drug’s other effects, as it
occurs in pretty high concentrations in the majority of cannabis plants. For people who only
use cannabis recreationally, CBD balances out the drug’s psychoactive compounds like
THC, potentially smoothing out and counteracting the negative feelings that might come
with a high.

Because of its medical uses, a large section of the cannabis industry is currently focusing
on creating strains of cannabis that are rich in CBD. CBD has been used to successfully
treat many ailments, from seizures to tumours, inflammation to pain and mood disorders.

For more information about cannabis, check out The Essential Guide to Cannabis from
Need2Know Books, which gives in-depth information on buying cannabis; growing
cannabis and cannabis as a medicine.

Growing Up with Down’s Syndrome

Children with Down’s syndrome learn and grow in different ways and and at different speeds.…

During the current Coronavirus pandemic, it is more important than ever to keep your immune…

Need2Know Books specialise in essential guides aimed at parents, students, teachers and the inquisitive. Our books cover a vast range of subjects – from special educational needs to health and fitness – with the aim to provide you ‘Everything you need to know – in words you understand’.
Contact Us
Copyright 2020 - Need2Know Books
Back To Top
×