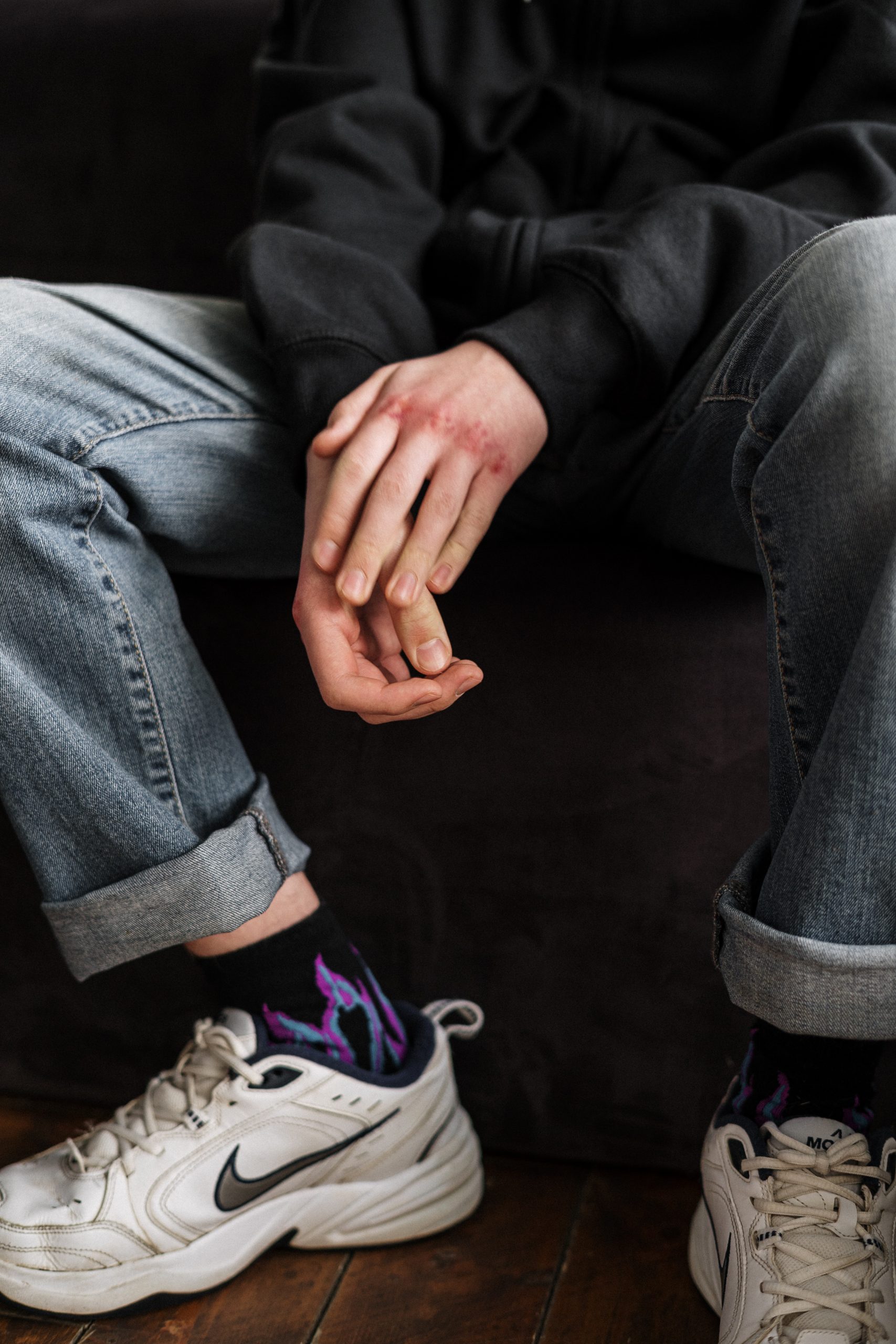 “The greater a child’s terror, and the earlier it is experienced, the harder it becomes to develop a strong and healthy sense of self.”

When a young person begins to self harm, the popular psychology quote ‘all behaviour is communication’ becomes particularly true. Children may be more likely to self-harm if they’re going through certain difficult experiences or emotions, such as…

With reasons being different for every young person or child, the causes of self-harm in kids are often complicated. Releasing tension or dealing with challenging emotions is what leads many young people to self-harm. Many children and teenagers are labeled ‘difficult’ when they fail to cooperate, but often there’s something more going on under the surface. We imply that there is simply no hope of any growth or development when we dismiss behaviours by saying ‘they’ve always been difficult’.

Adults and children can be equally affected by the stress and anxiety that the coronavirus crisis can cause. The impact that this whole situation can have on a child’s mental health is very real, yet many of us continue to reassure ourselves with the fact that the virus doesn’t pose a major physical threat to kids. Across the UK, children are anxious about when they will see their grandparents and other family members, concerned about their safety at school and worrying about birthday parties being cancelled and not seeing their friends.

Preventing ourselves from looking any further than necessary into potential issues is one of the biggest blocks we create when caring for young people, and this is still something we need to pay attention to during a pandemic. Times are particularly tough this year for the millions of children who are already growing up in vulnerable circumstances – such as those living in poverty, care or have special needs, or those who are already struggling with their mental health.

The gap through which vulnerable children can fall has the potential to grow much wider when times are turbulent, with schooling interrupted and already hard-pressed services losing staff to redeployment, illness or caring duties.

All of these reasons and more could easily lead to increased anxiety and self harm in children and teenagers, with the causes of an individual’s distress often being so numerous and complicated that even they won’t be able to pin it down.

It is more important than ever that support is offered to young people who are feeling worried or overwhelmed by the current situation as a result of existing mental health issues, and appropriate arrangements must be made to support these young people throughout this crisis and in the long recovery period. Otherwise, the physical pain of hurting themselves may become a welcome distraction from the emotional pain that has developed in these uncertain times.

Insight into the different factors that can play into a young person’s mental health are discussed in the recent Children’s Commissioner report, Childhood in 2020. This report includes a number of insightful quotes from young people. For example, one 14-year-old girl is quoted as saying, “I feel so alone with my depression. Being with my friends help[s] and I’m so isolated. [I have] no idea when I will get to go back to school or see my friends so yes I’m extremely stressed out over this”.

Reduced social contact with friends, limited outlets for energy and academic stress all have the potential to compromise a child or adolescent’s mental health. One report based on data from people aged 11-25 has found a 27% increase in self-harm compared to the same period last year, as well as a rise in sleep issues (161%) and loneliness (63%). Many children and young people are particularly anxious about the idea of contracting the virus or giving it to someone else, resulting in a 133% increase in health anxiety. This pandemic has also seen major cuts to child and adolescent mental health services (CAMHS).

Sean (18), a respondent in the Children’s Commissioner report, says that “[One] of the things that I think could be improved around here would be having… better access to things like mental health services”.

A report from digital mental health service Kooth found that, compared with their peers, mental health issues in young people in black and minority ethnic groups have been particularly affected by the current situation. The events of 2019 and 2020 could have long-lasting effects on our children’s mental wellbeing, based on studies on previous pandemics.

Young people aged 11, 13 and 15 are studied every four years for the “Health Behaviour in School-aged Children (HBSC) in England National Report”, which looks at their health and social environment. The most recent report found that in the previous six months, over a fifth of children had experienced a high level of emotional problems. 50% of 15-year-olds reported feeling low at least once a week, a 10% increase from the review in 2014. On top of this, a quarter of 15-year-olds report having self-harmed as a result of this decline in emotional wellbeing. This has increased from 32% to 35% in girls and 11% to 16% in boys.

Depression and other mental health problems up to 9 years into the future could stem from a child feeling lonely for any length of time. Based on past pandemics, higher levels of post-traumatic stress are common in children who have experienced extreme isolation, such as quarantine, and these children are also five times more likely to require support from mental health services.

For more information about self-harm, check out Need2Know’s Essential Guide to Self Harm which explores the issues in a detailed and practical way, so that both sufferers from self-harm and their nearest and dearest can begin to deal with this terrible compulsion. Need2Know also have some great books about ADHD, anorexia and bullying. Whether you’re a concerned parent, friend, or trying to deal with your own self harm, we have all the information you need!