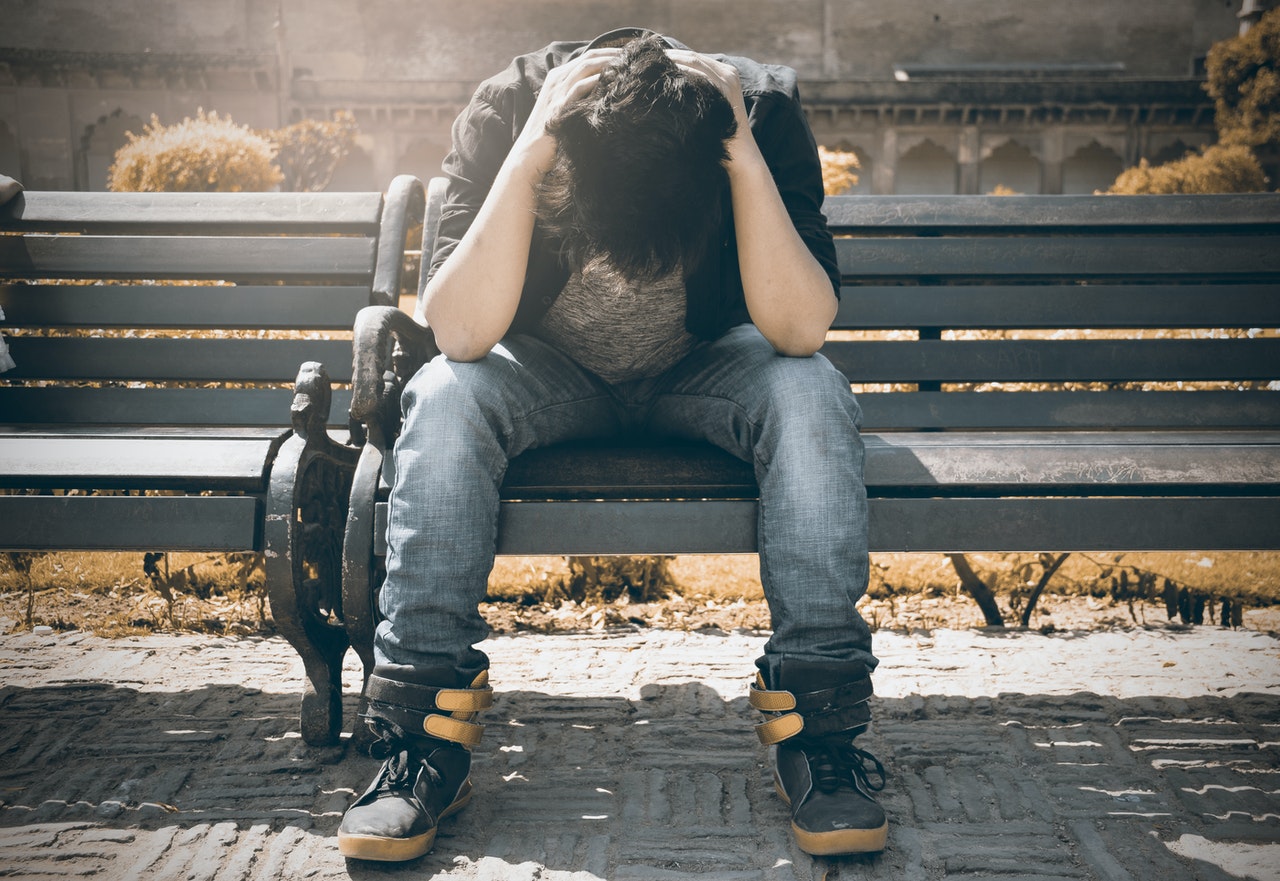 As long as the rising death toll of COVID-19 continues to be the main topic of any news broadcast, it’s going to keep feeling like the virus will never end and will be a permanent feature of our lives. Coronavirus and COVID-19 are conditions that affect the physical body, but the precautions we all need to take to stay safe are starting to take their toll on people’s mental health as well as their physical wellbeing.

As new lockdown restrictions are introduced, many of our regular social activities aren’t available to us right now and we’re all spending a lot of time at home. Our mental health can really suffer during the scare of an infectious disease outbreak like the current COVID-19 (coronavirus) crisis – especially in those with underlying mental illnesses. It’s worth keeping an eye out for any potential symptoms of depression or mental illness, as they can vary widely from person to person.

It’s important to understand who is at risk, and why. Men in the UK are three times more likely than women to take their own lives. Every day, an average of 12 men in the British Isles take their own lives. Interestingly, although they are linked with mental distress, suicide and self-harm are not themselves considered mental health problems. In men under 45, suicide is the single biggest cause of death.

Men might be more vulnerable to suicide for a number of reasons. Showing signs of weakness is often frowned upon in men, and they’re often under a great deal of pressure to appear strong. As a result, those who are struggling with their mental health are less likely to talk about their issues or seek help. This is especially important if you are someone who is prone to depression, anxiety and other mental health issues.

Where individuals are quarantined at home with other family members, it’s not uncommon for the loved ones of someone going through a depressive episode to gradually run out of sympathy for their family member. A ‘Catch 22’ can quickly form, where the depressed person’s sense of worthlessness is reinforced with exams being failed, pre-lockdown plans failing to come to fruition, friends ceasing to visit and promotions being narrowly missed. Even though you didn’t choose this new, home-based lifestyle, it can help to try and see this as just another period of time in your life – and not necessarily a bad one.

Many men will worry about being a burden on others, and pride may result in them trying to handle their issues alone. Great emotional costs come from this social withdrawal. The risk of suicide is increased by up to eight times in those who abuse alcohol, which is also a more common stress response in men than women.

While divorced women show no increased risk, a relationship breakdown is likely to have a major impact on a man’s suicide risk. Divorced men are three times more likely to commit suicide than married men in the same demographic.

Those concerned about their co-workers, friends and relatives should look out for warning signs such as…

Fact: In 2018, men accounted for three-quarters of UK deaths by suicide.

One of the most important risk factors for suicide is depression. Depression is often under-diagnosed in men because they are less likely to seek help, but also because they are more likely to experience symptoms like a loss of interest in hobbies and activities, tiredness, irritability and sleep disturbances than more easily diagnosed symptoms like sadness and tearfulness.

Depression is the leading cause of disability in the US and the second leading cause worldwide. A deficit of the chemicals responsible for maintaining energy in the body can sometimes be the cause, while major life crises and a family history of depression can also contribute. Depression is treatable in most cases, but professional intervention is often necessary. The sooner someone seeks help with their mental health, the better.

Fact: There were an estimated 793,000 deaths by suicide world wide in 2016, according to the World Health Organization (WHO).

Nobody can recover from depression alone. It’s not something you can simply “get over” – it is an illness, and should be treated by a doctor. If you are experiencing strong suicidal urges, you should seek help in a crisis centre or emergency room. Friends and family are often the first ones to notice if your behaviour is “off”, so listen to them if they encourage you to seek help.

Working to improve your emotional wellbeing and health is always a good thing. You may be at an increased risk of a number of physical and mental conditions if you experience a long period of stress with no relief. The following lifestyle changes may be helpful:

For more information about depression, check out Need2Know’s Essential Guide to Depression, which provides people with the information they need to make an informed decision as to whether they need to seek further help. Need2Know also have some great books about bipolar disorder, the terrible twos and anorexia. Whether you’re newly diagnosed, a concerned loved one or just interested in the subject, we have all the information you need!

Read All About It

Although COVID-19 and coronavirus are conditions that only affect the physical body, many of the…

Lockdown and Alcohol: Have You Been Drinking More?

The Covid-19 pandemic plunged many of us into a new world of uncertainty this year.…