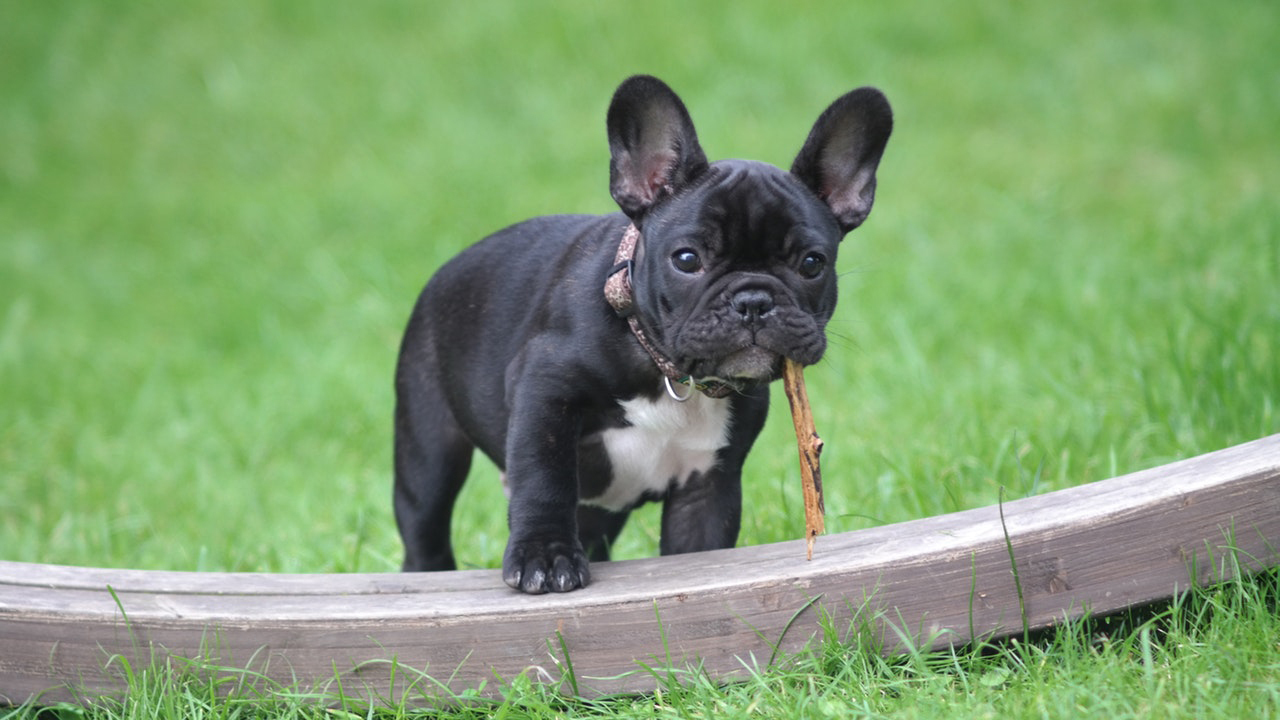 Snoring gently in the corners of hip bookshops, sniffing around your local park or perched on a bench in your local coffee shop, you’re likely to see French Bulldogs wherever you go. They’re at all the glitziest parties and chilling with all the coolest dog owners. Although it’s taken a while, we’ve reached the age of the French Bulldog.

Back in 2016, the British Kennel Club reported that the registration of Frenchies had increased by 2,747% since 2004, making them one of the country’s most popular breeds. They’ve even managed to kick down classic British favourites like the Cavalier King Charles spaniel and the Yorkshire terrier.

Really, the French Bulldog’s sudden popularity came as quite the surprise. They sort of look like they were thrown together out of leftover dog parts with their googly eyes, lolling tongues and pointy little ears. But maybe that’s just part of the charm. We have always loved an underdog, after all.

Without a doubt, one of the main reasons for the French Bulldog’s new-found popularity is its compact size. It makes them the perfect pooch for city dwellers who don’t always have enough room to look after a larger breed. 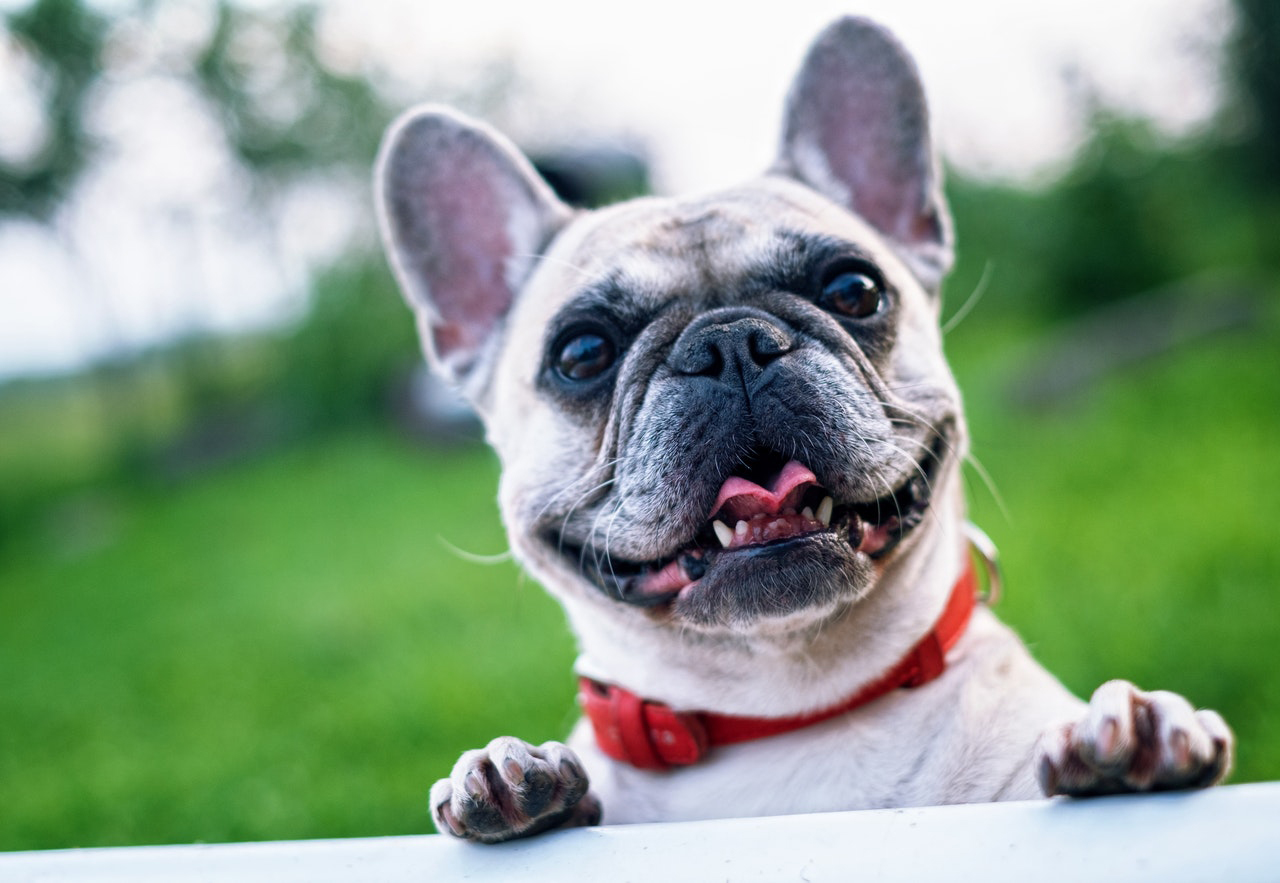 Frenchies really fulfill the characteristics of a “good dog” – they’re friendly and have the perfect build and temperament for a good snuggle. They won’t take up too much space in your flat or even your place of work, and can comfortably travel in a taxi, bus or bike basket.

Those who want their dog to be part of the family rather than a pet who lives in the garden will love these space-conscious, lower-maintenance pups.

Contrary to their name, French Bulldogs don’t actually come from France. The tiny breed actually comes from the centre of lace-making: Nottingham, in England. Frenchies worked alongside the lacemakers as chief ratters. Many lacemakers ended up relocating to France around the beginning of the Industrial Revolution in England, as their cottage industries were threatened by the spread of mechanisation.

Those that moved obviously took their canine companions with them, which led to the French embracing the breed as if it was their own.

They Love Us Back

As long as you make it look like a game and make it fun, the French Bulldog’s intelligent and active nature makes them easy to train. That said, while there have been some exceptions, Frenchies don’t tend to work well in agility and obedience contests because they have ample amounts of free will. If your pooch decides they don’t feel like cooperating today, there’s nothing you can do: their freethinking approach can easily translate into stubbornness if pushed. 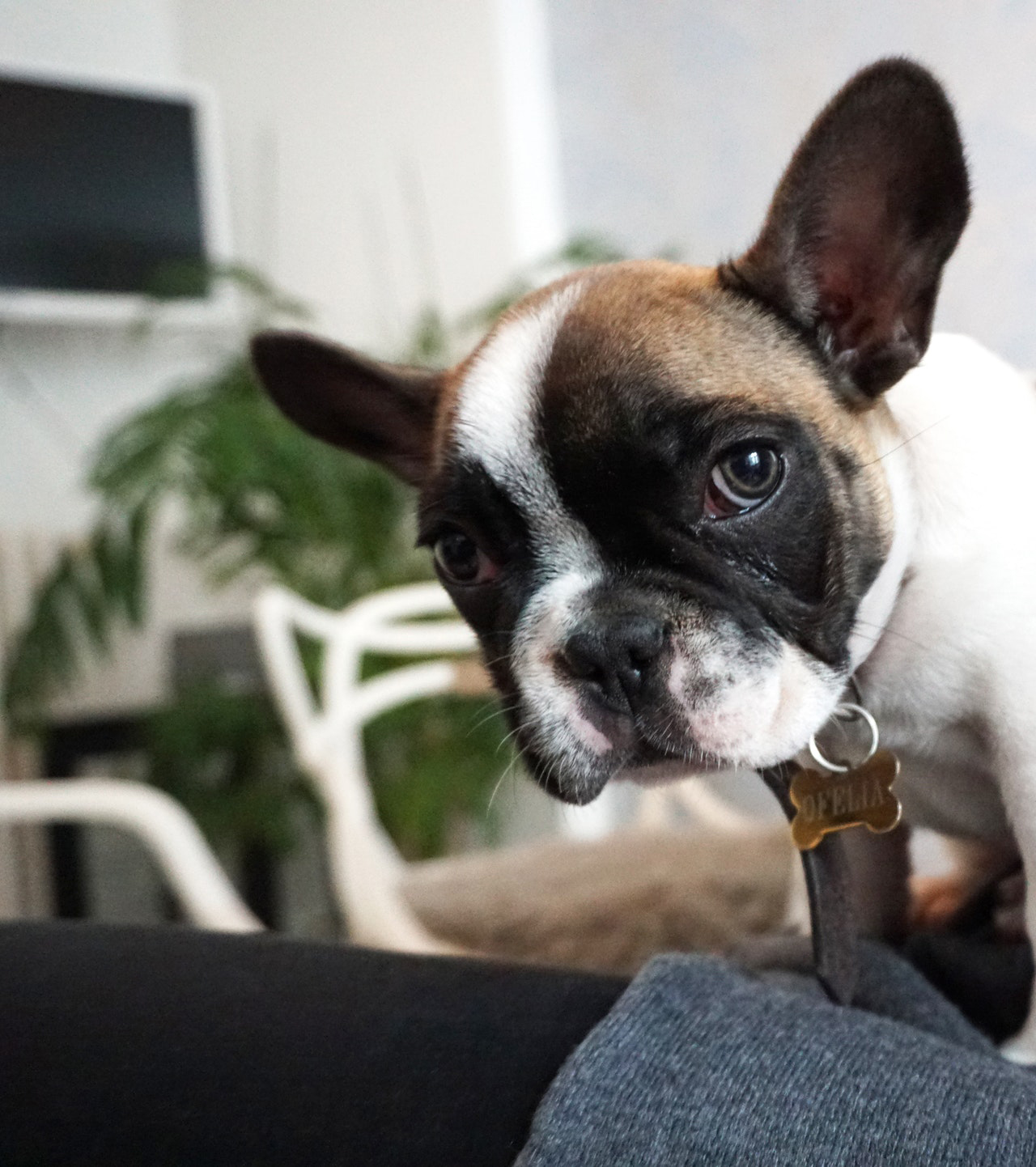 Frenchies thrive on human contact and make the ultimate loving companion. This means that you should really look at other breeds if you want an outdoor dog that can amuse itself. This is a breed that expects to be lavished with love and attention, and to give you all of their affection in return.

The French Bulldog is a breed that generally gets on well with adults and children alike. All the same, if other dogs are present, they can quickly become territorial and possessive of their humans. Socialisation is a mandatory requirement for this breed, but their cheery dispositions make this a fairly enjoyable duty.

They’re Always Up for a Chat

Frenchies aren’t very prone to barking, but they’ll still talk away to you. It can often seem like these strange little dogs have their own unique language made up of funky yips, gurgles and yawns. Some French Bulldog owners have even found themselves having sing-songs with their precocious pooches.

They Don’t Need Many Walks

French Bulldogs need little exercise, so they don’t require so active a lifestyle as larger breeds like labrador retrievers. A quick walk is all that’s needed to keep these pups trim, as they aren’t overly athletic.

Owners should always keep in mind that their short noses mean it’s a bad idea to walk Frenchies on hot and humid days as they can find it difficult to breathe. The breed is also pretty top-heavy, so swimming is not an option.

It’s not the most noble reason to buy a dog, and it likely does no favours for the number of dogs who end up in shelters, but it can’t be avoided: Frenchies are a hot new fashion accessory. There are so many reasons to love French Bulldogs, but it’s likely that a major reason for the breed’s growing popularity is their Instagrammability. In the ‘00s, handbag-sized chihuahuas were the popular breed, and in the early 2010s, pugs took the social media spotlight. Now, in the second half of the 2010s, French Bulldogs have become the hot new trend. Let’s just hope their adorable, smooshy little faces can stay in the spotlight for as long as possible! 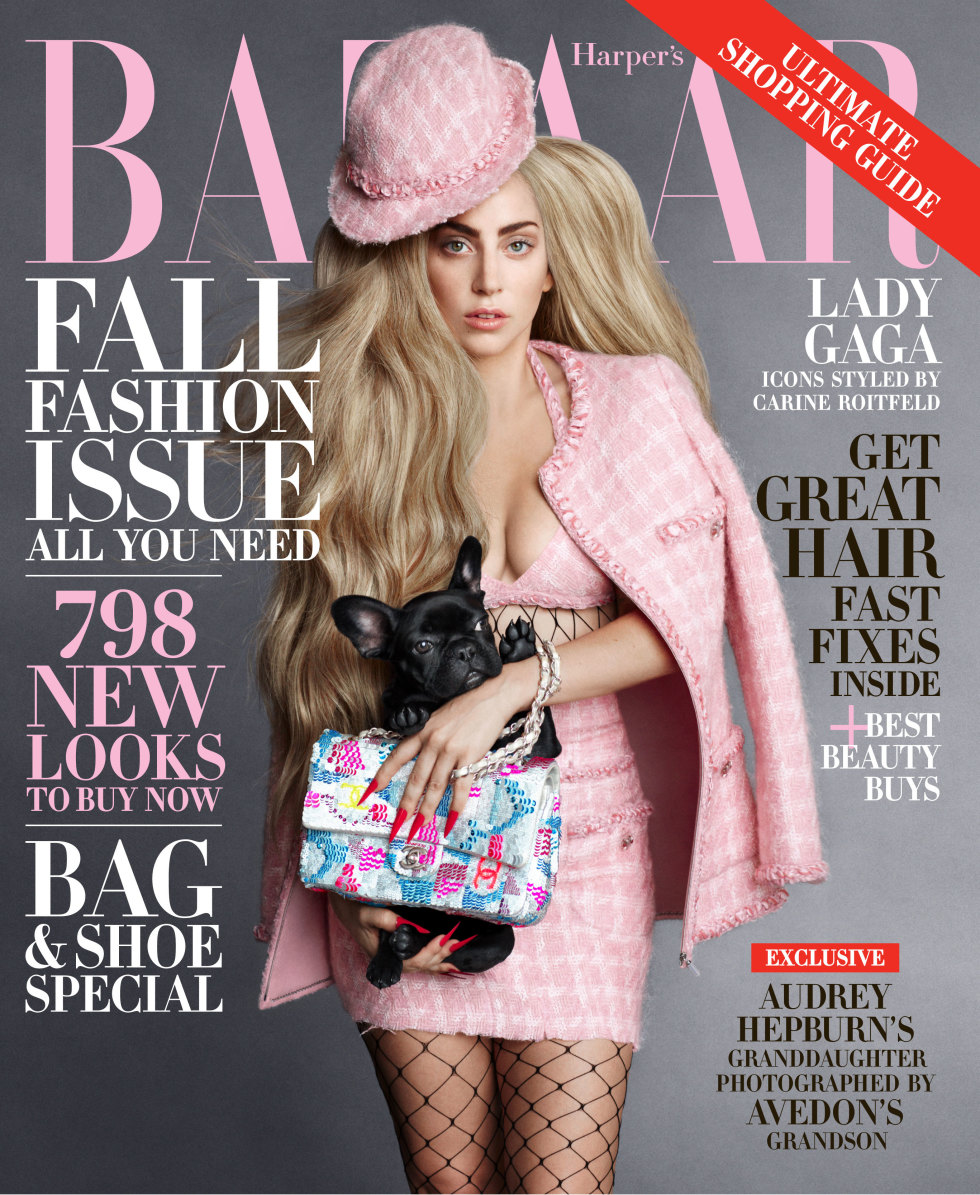 Need2Know have books about all 10 of the UK’s most popular dogs, including Pugs, Bulldogs and Cocker Spaniels. Becoming a doggy guru has never been easier! 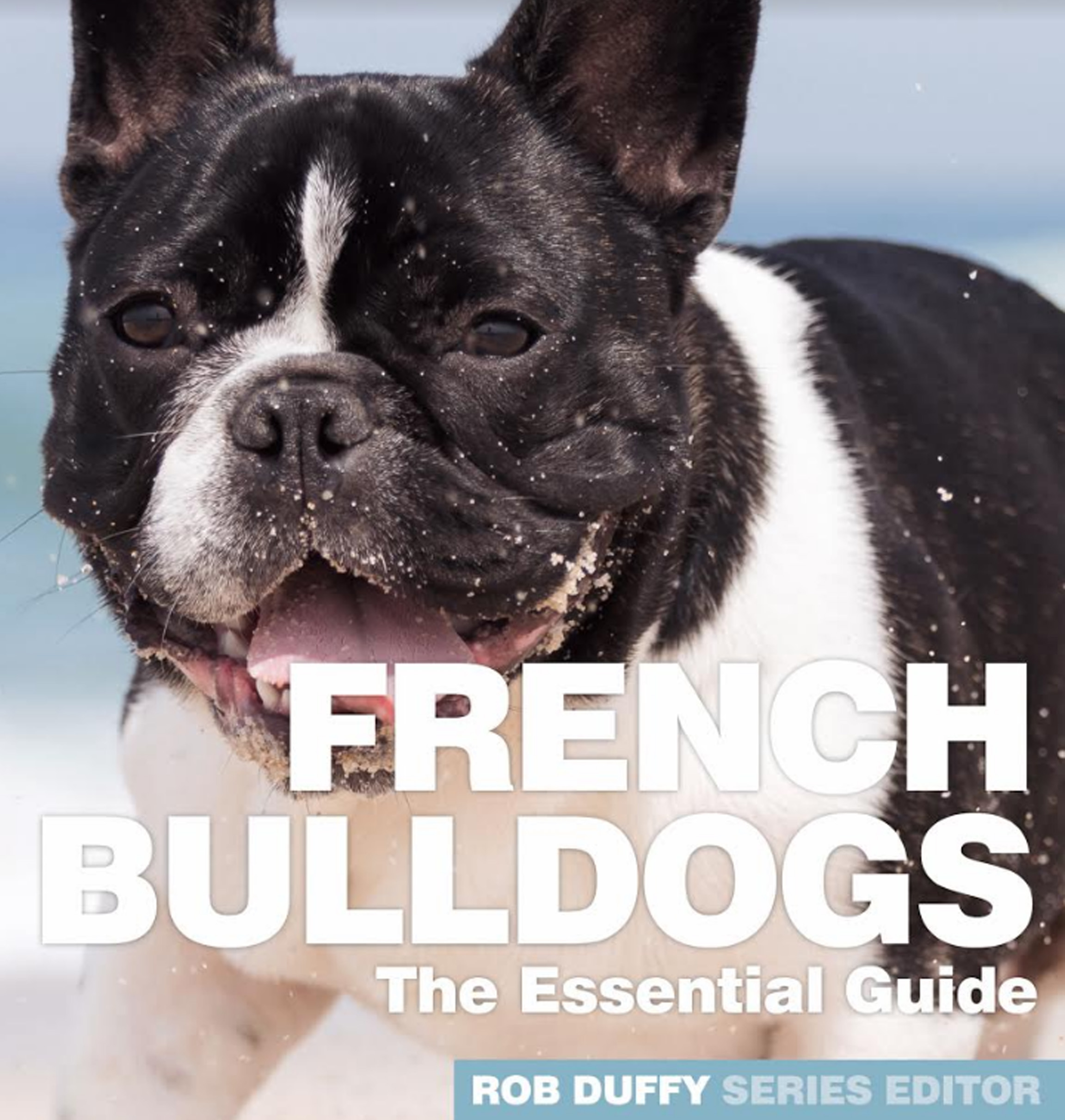 Exercising with Your Dog

Caring for Your New Cockapoo

The adorable Cockapoo is a popular breed for many different types of dog owner, and…

A Complete Guide to Rehoming a Rescue Dog

Rescuing a dog instead of buying one is such a good thing to do, but…